Opal Agafia, based in Eureka Springs, Arkansas, embodies the sounds of the Ozark Mountains: a little soul, a little roots, a little rock-and-roll, a little old-timey swing – and a lot of heart. Drawing from many genres, Opal blends the best elements of soul, blues, jazz, gospel, country, swing, and traditional mountain music into a sound that captures the past and boldly pushes ahead.

Opal’s voice is packed with power and emotion; her lyrics are sophisticated yet accessible. The band provides a consistently tight backdrop that pushes every song forward, compelling listeners to pay close attention, lest they miss a single minute of this show. The result is music that’s irresistible, no matter the listener’s background.

Opal, already a skilled songwriter, holds nothing back. She couldn’t if she tried. Every performance seems like their best of the year as the band’s commitment to their music shines. Watching them perform her dozens of originals – with a few covers and jams thrown in now and then – is riveting, as Opal soars at leading the gifted players, effortlessly displaying a commanding stage presence that is as rich as it is rare.

Even the most studious listener would never know it, but Opal is relatively new to the world of performing.

While still a college student, Opal began a songwriting collaboration with her mother, DeAnna Smith, an accomplished writer in other realms. Their songs reflect their deep roots in the Ozark Highlands, as well as their concerns about the current conditions and future of the region. They know their history, but they do not long for it so much as explore how it may shape the future. Their approach is both fresh and familiar.

Opal first performed on stage in January 2015, singing her originals and strumming guitar at a few local joints and smaller music festivals with musician pals and their bands.

In just a few months – cheered on by fans and fellow musicians who admired her work already – Opal Agafia developed a powerful live show backed by: fiddle, mandolin, dobro, acoustic/electric guitar, electric/upright bass, and drums. Together, they put on a high-energy show while taking care to keep the songwriting and vocals in the spotlight.

During that first year, Opal Agafia quickly became a standout in the Arkansas music scene, performing hugely popular sets at festivals such as Highberry and Hillberry, and packed shows at venues from Little Rock to Fayetteville’s George’s Majestic Lounge.

Spring 2016 brought the release their first studio album, “One Down, Forever To Go.” The group’s second album, “Share What You Own,” was released in June 2018 to enthusiastic audiences in packed venues along the album release tour route, including Arkansas, Oklahoma, Missouri, Texas, Kansas, Colorado, Oregon, Utah, and more.

With engaging new songs emerging, Opal has debuted many to appreciative live audiences, and it continues to pump out videos as well. The band’s fan base is an eclectic and broad blend of folks from all walks of life, stretching, where they have established successful tour routes filled with eager supporters. 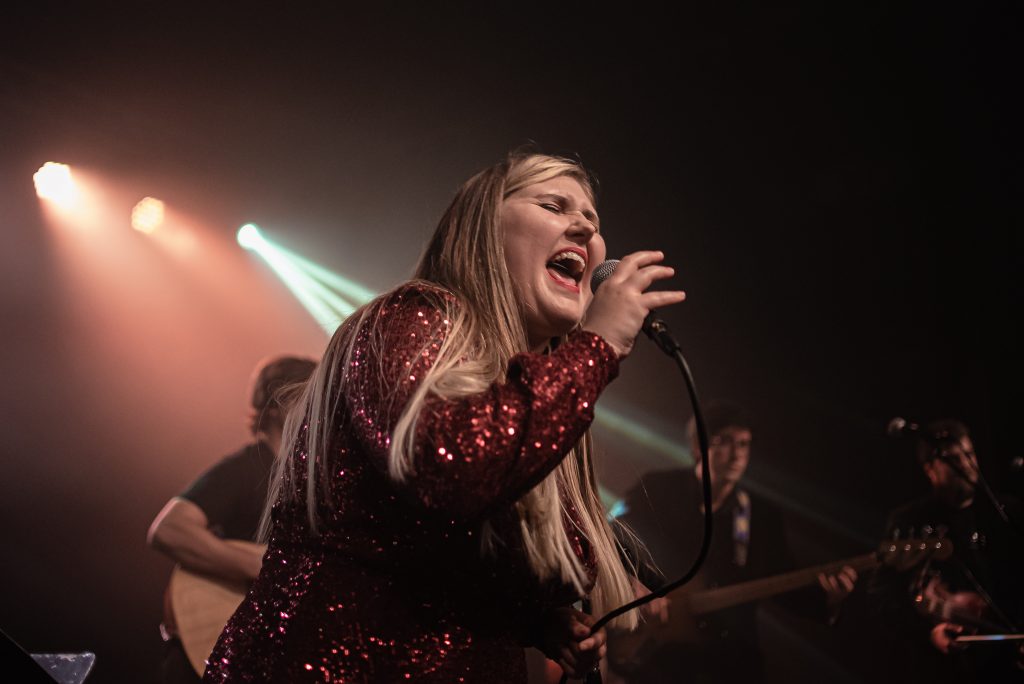 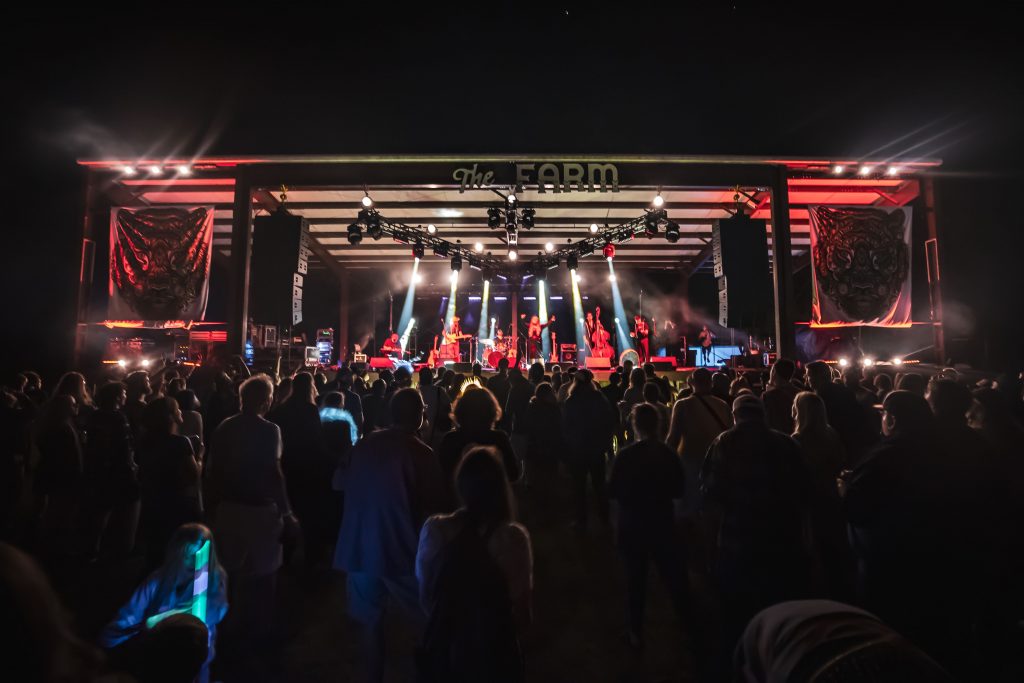 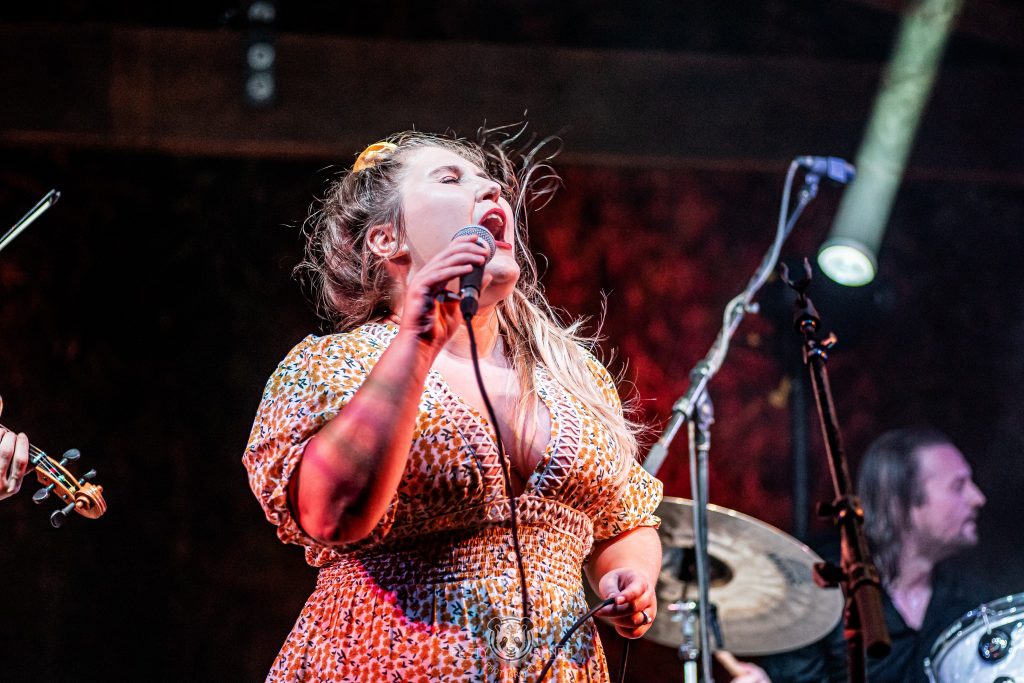 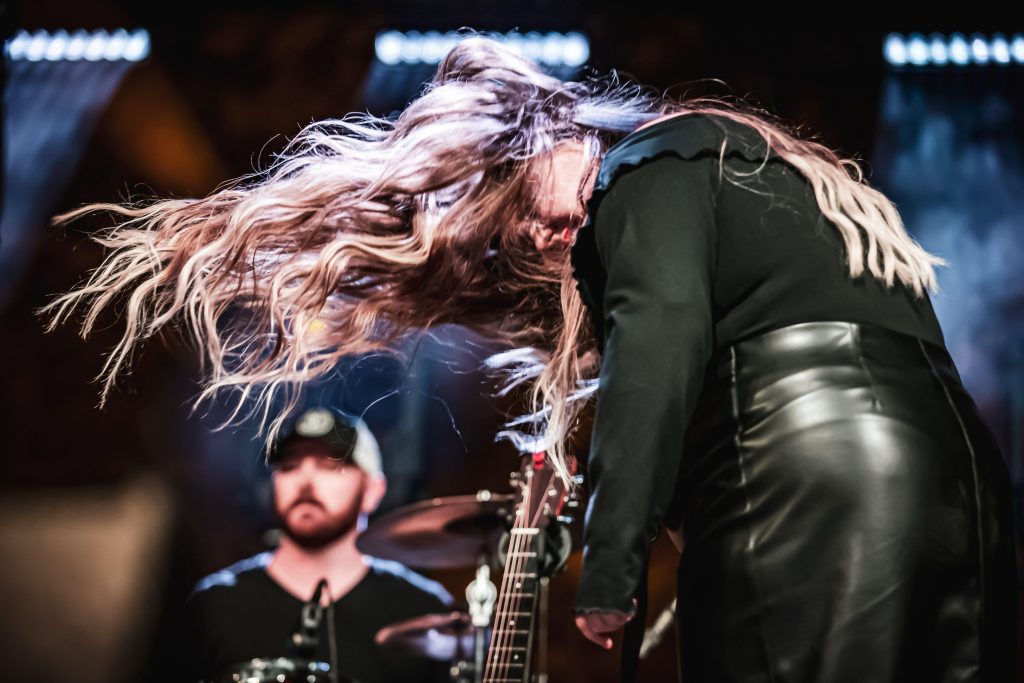 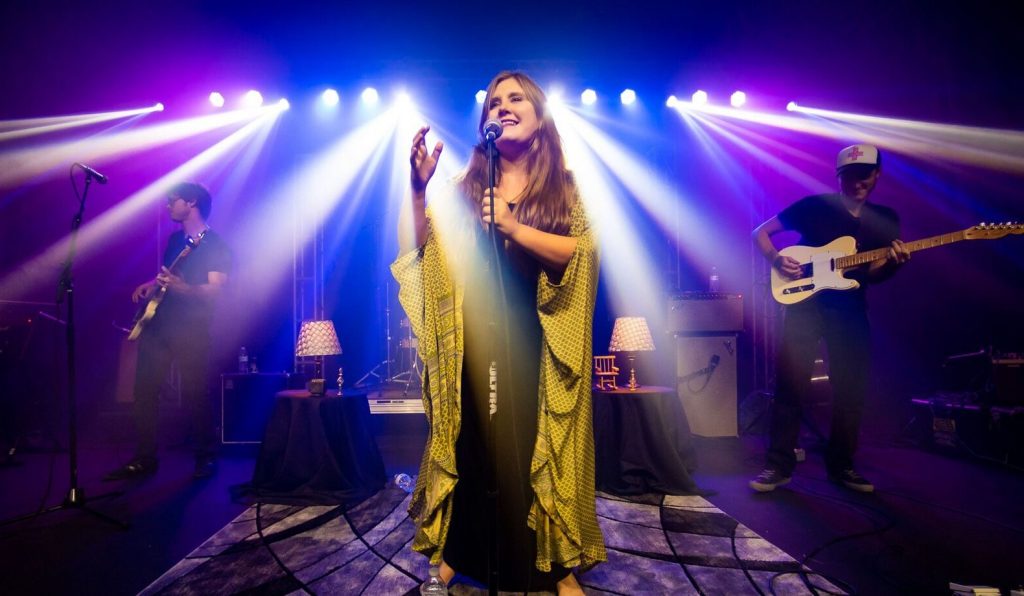 Opal In the Media

All or nothing: Opal Agafia shares, bares her heart in song 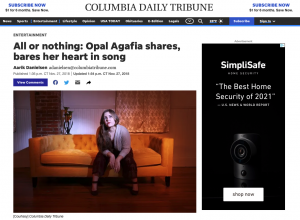 Until three years ago, music remained just a notion — albeit a burning one — for the Arkansas-based singer-songwriter. Now it is her everyday reality as she leads her band, The Sweet Nothings, through many musical moods, from groove-oriented roots rock to searing blues and mournful mountain sounds.

“There’s a thing about dreaming and actually doing,” Agafia said. “I always dreamed to do it, but then I finally, really came through.” 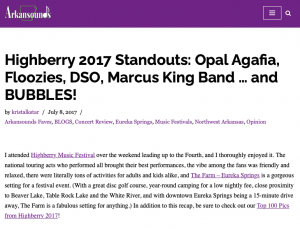 Thursday’s best set came from Eureka Springs-based group Opal Agafia & The Sweet Nothings, performing next-to-last on the tent stage. After kicking off their stellar performance with a soft and moody “Old Ways of Living,” the band launched into high gear ­– as did the crowd – a couple songs in.

Opal’s original tracks “Hawk Above My Head” and “Yard Sale dress” are huge crowd-pleasers. Every song was a huge sing-a-long for the crowd, and her audience size matched any non-headliner that played on the main stage all weekend. That’s an impressive feat in itself. It was clear, though, that Opal and crew owned Thursday at Highberry. 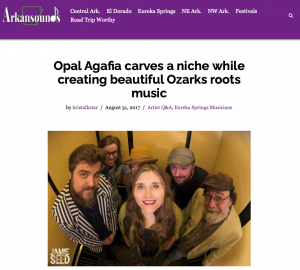 One of Arkansas’ newest female voices to command the attention of music fans is also one of the state’s most dynamic, unique, and stunning female voices we’ve heard in years.

Opal writes songs that are spunky, honest, and moving. The upbeat tracks make you wanna get up and move, celebrate your strength, or figure out how to find said strength; the slower-tempo tunes are likely to make the listener wanna love harder, live better, or laugh louder.

Her voice oozes soul – she has a helluva lot of it, particularly for a white girl from the Arkansas backwoods. She also has a lot of country twang. While these attributes seem like they might not jive, Opal combines them and many other unique qualities to create a stew of outstanding musicianship and showmanship that doesn’t simply “work” – it works wonderfully.